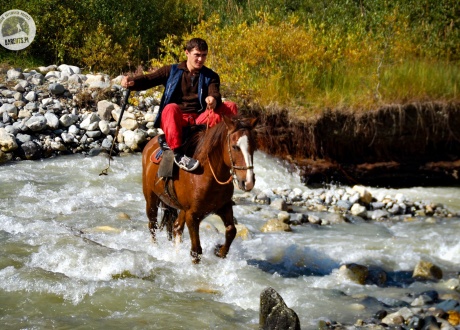 Svaneti - one of the most interesting regions of the Caucasus - awaits you! Our trekking route runs along the most important trails of this mountainous region. We will pass through Upper Svaneti down to Lentekhi, the capital of Lower Svaneti. On the way, we will see Svan defensive towers, the villages of Adishi and Ushguli, or the beautifully renovated Mestia. The trip is not very demanding, so we encourage active people of all ages to get a taste of the real life in Caucasus!

Most of the baggage will be transported for us by an assistance car, which means we will go lightweight. Each day we will cover a distance of about 15 km, the daily ascend will be about 700 meters with an average of 7-10 hours of walking a day (including breaks). The only exceptions will be on the first and last day of trekking when the ascend will be over 1 000 meters.

Night-time we will be spending in the remote villages of Svan people, tasting their food and learning their way of life, while they cook and talk about the olden days and perhaps even sing to us. The trek will come to an end with a well-deserved rest at the Black Sea. Join us now!

DAY 1-2
Departure from Poland, arrival to Georgia. Straight from the airport we will go to the place of accommodation - a guest house in the picturesque Georgian village of Gelati, where we sit at the welcome supra dinner, with local wine and Georgian toasts. Supra in the hosts' house will be enriched by the informal concert of the Georgian male choir.

After breakfast, we will visit the monastery complex of Gelati (UNESCO) and the smaller, but equally beautiful and picturesque monastery of Mocameta. We will be able to buy local products on a typical Georgian market that captivates with the richness of colors and fragrances. In the afternoon we will drive to Upper Svaneti (UNESCO), on the way, we will stop in the capital of Megrelia - Zugdidi and we will pass to the dam at Enguri river, one of the largest arched dams in the world. After reaching Etseri we take some rest and we get ready for a hike.

DAY 3
Our real hiking adventure starts in Etseri. We will start with a warm up hike to Mazeri. It will be a pleasant, 13-kilometer hike.

DAY 4
The second - being the longest part of our trekking - leads to Mestia, the capital of Svaneti. The trail leads through the gorge of the river Becho from the village of Mazeri located at the foot of the magical Ushba (4700m above sea level), which has been attracting mountaineers from all over the world for decades. After reaching the capital of the region, Mestia, we will visit the traditional Svan buildings with preserved defensive and representative towers.

DAY 5-7
Passage through the mountains of the Caucasus. On the way, we will visit and spend the night in characteristic villages with interesting architecture and defensive towers. From Mestia we will go to Cholashi. From there we get to the isolated village of Adishi. On the way we will pass probably the most beautiful peak of Svaneti – Tetnuldi which resembles a pyramid (4863m above sea level). From Adishi, crossing the river and the picturesque pass, we reach the deserted village of Iprari.

DAY 8-10
In the morning we will visit Lagurka, the church of Saint Kyrikos and Julitta, with beautiful frescos and sacred art and a breathtaking view on the Enguri river valley. We will reach the picturesque Ushguli (UNESCO), where time has stopped and the climate of old eras still is visible. We will get lost (in a controlled way), in the maze of stone towers and fortifications. We will go to the glacier at the foot of the highest Georgian mountain, Shkhara (5068m above sea level) and majestic Jangi-tau (5 058 m above sea level). After a day of rest in the highest situated village in Europe, the last, longest but probably the most beautiful part of trekking awaits us. We will start it form the hills with rhododendrons to pass the tower of Queen Tamara and reach the ridge, where you can see (in good weather) the highest mountain of all Europe - Elbrus (5642 m above sea level). The trail will lead us to Lower Svaneti.

DAY  11-12/13*
After breakfast we will go to the Black Sea. In addition to relaxing on the nearby beaches, you will also be able to spend this time actively: in the subtropical botanical garden in Batumi, walking among the surrounding eucalyptus forests and, of course, visiting the bustling Black Sea port - strongly contrasting with the high-mountain villages of Svaneti. We will spend a night in/around Batumi. In the morning, we will go to the airport to return home.

* depending on the flight schedule

• a plane ticket to Georgia in two directions with all fees

• care of an English-speaking guide

• care of the Svan guide during the trekking part

• an assurance car for luggage transport

FLIGHT:
The place of departure is Warsaw. In case you wish to travel from another destination or book flights on your own, please contact us for price quotation for this trip.

TRANSPORT:
The participants of the expedition are accompanied by an assurance car in which luggage is transported. On the trekking we take only a small hand luggage. The car can transport participants who will want to take a break from trekking or are injured.

ACCOMODATION:
We are accommodated in family guest houses adapted for tourists. Clean rooms, bathroom with shower and hot water shared by several rooms. The rooms are double (however, a group of friends or individual travelers of the same sex can also be accommodated in three or four-bed rooms).

GROUP:
We travel in small groups. The minimum number of people on the trip is 6, maximum 15.

ADDITIONAL INFORMATION:
• The itinerary may change depending on the date of departure, weather and other factors.
• Learn more about general conditions of participation and find out how to sign up for a trip.
• The organizer of the trip is Active Travel Agency Barents.pl 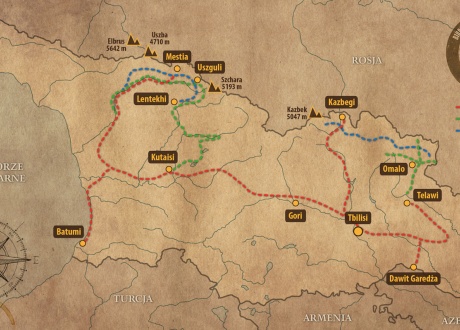 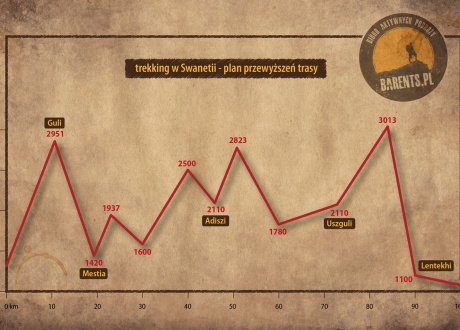 Fluctuation of heights on the trail in Svaneti with Barents.pl Active Travel Agency 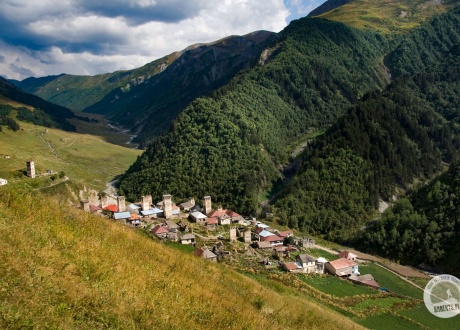 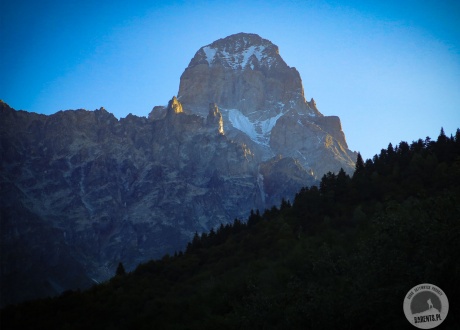 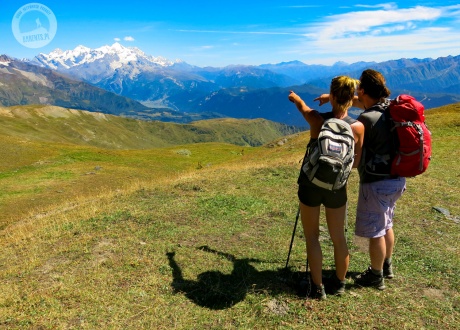 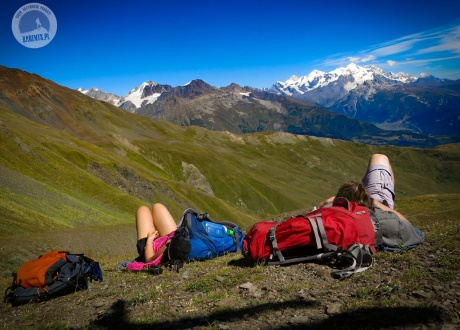 Taking a rest with a gorgeous view of the Georgian mountains in Svaneti © Barents.pl Active Travel Agency 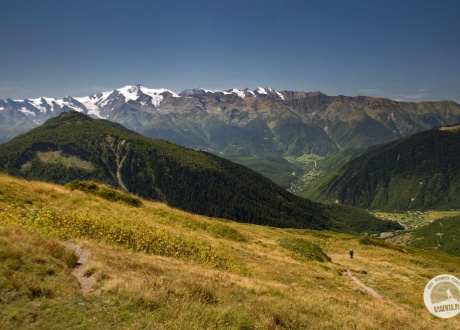 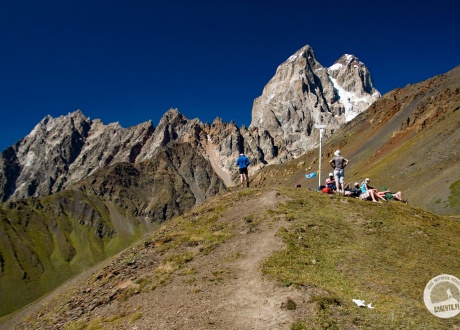 At the foot of the mount of Ushba. © Lidka Wiśniewska for Barents.pl Active Travel Agency 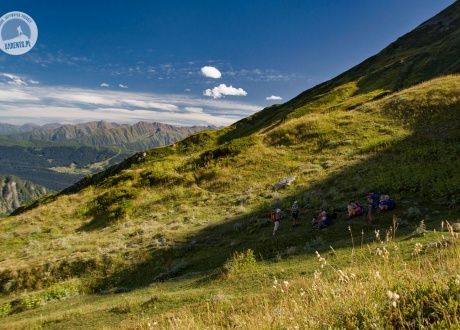 Taking a rest in the shadow of the mountains in Svaneti, Georgia © Lidka Wiśniewska for Barents.pl Active Travel Agency 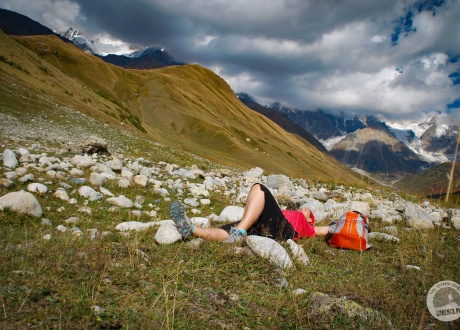 On the trail. © Lidka Wiśniewska for Barents.pl Active Travel Agency 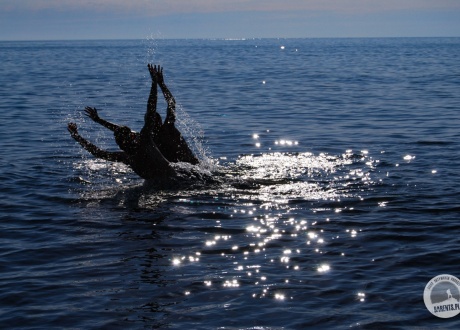 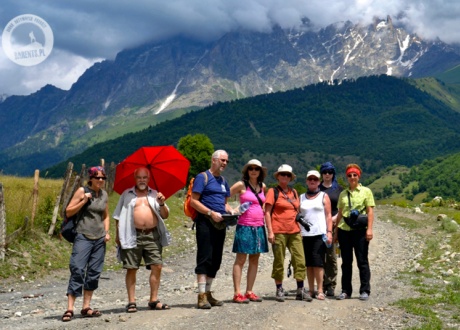 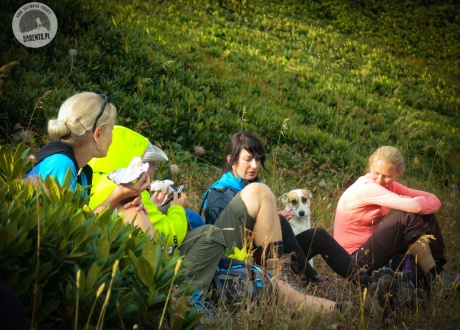 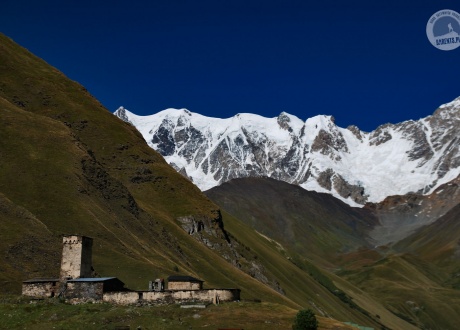 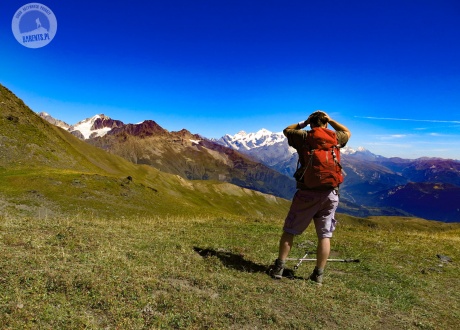 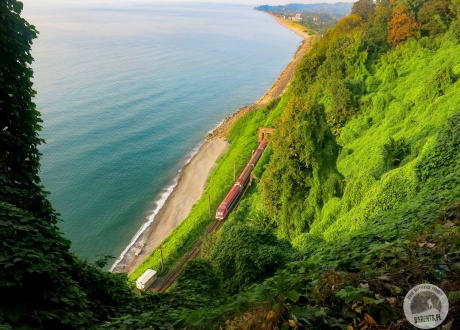 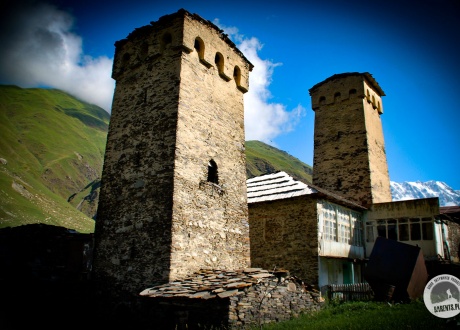 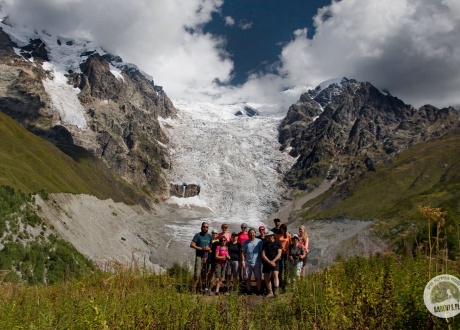 A group picture from the trip to Svaneti, Georgia. © Lidka Wiśniewska for Barents.pl Active Travel Agency 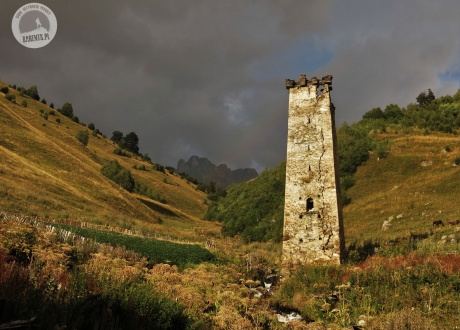 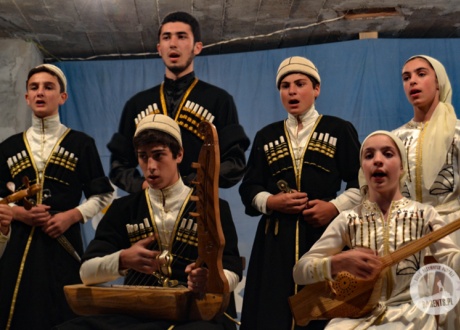 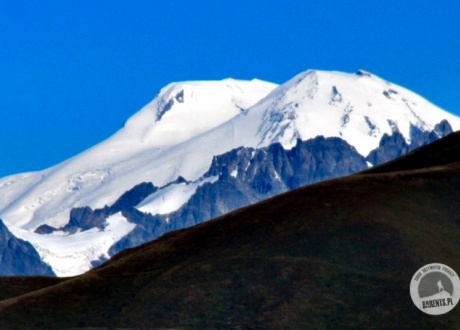 Mount Elbrus is the highest peak of Europe. The view from Queen Tamar's summer palace next to Ushguli village. © Roman Stanek for Barents.pl Active Travel Agency 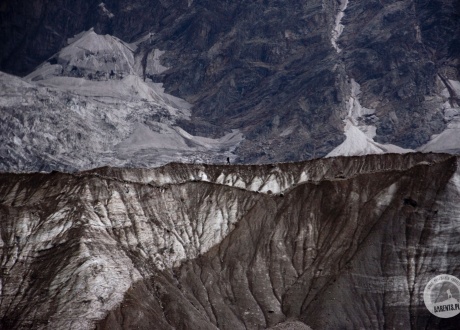 At the food of the glacier near Shkhara. Hiking in Georgia: light travelling in Svaneti. © Lidka Wiśniewska for Barents.pl Active Travel Agency 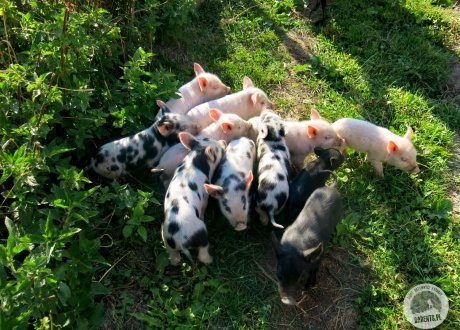 Check more of our tours

Trekking the Mountains of Heaven